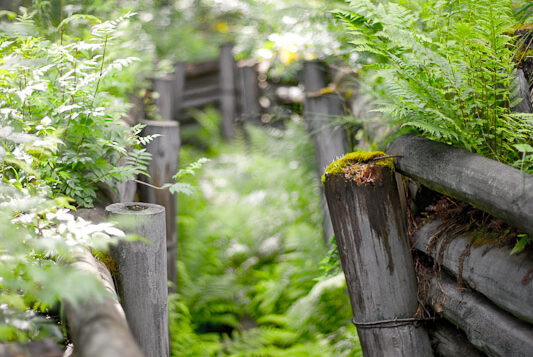 While trekking at Laurinmäki and Määkynmäki area you will notice the many trences that have over time party fallen and gotten covered with moss. Even now days they do have life as foxes, badgers and other smaller animals use them as pathways or make their lairs there.

There are all together two kilometers of trenches within the area stretching through the Janakkala parish around Laurinmäki and Lystinmäki. Restored parts of the trenches can be found towards the end of the nature trail, nearby the Spring of St. Lawrence. The trenches were originally built by 200 men at the beginning of 20th century. In addition to Russian troops and local workforce there were also Estonian and other Caucasian builders. The trenches were completed in 1915. 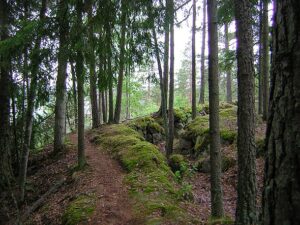 Amongst the trenches there were four underground barracks and ten underground bunkers. A trench is a long, narrow excavation in the ground, from which the dirt his thrown up in front to serve as a shelter from enemy fire or attack. Trenches were used to fire the enemies in battle.

The trenches here were used in Tarinmaa battle in 1918 between German and Finnish Red soldiers. In that battle the Finnish Reds fired the Germans who arrived with horses over the Räikälä bridge. The Germans called for backup that arrived from south, over the Hiidenjoki river forcing the Finnish Reds to fleet to Lystinmäki. There were 47 soldiers killed and they were buried inside the trench nearby the Spring of St. Lawrence. In 2017 Tarinmaa battle memorial stone was built just south of Spring of St. Lawrence. 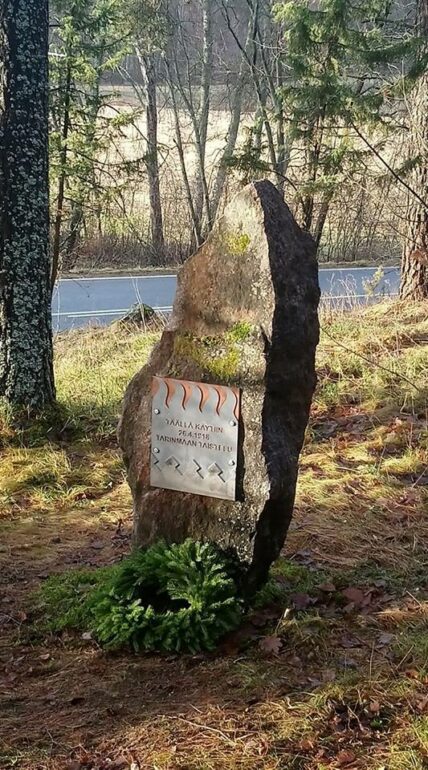